A detailled look at the Spacejam box from TryHackMe’s King of the Hill mode. Includes attack, flag locations, king tricks and patching.

This writeup is not made for complete beginners: I will assume you know about the basics of both Linux and pen-testing. However, if you have got some questions, I would be glad to help you out. Contact me on Twitter.

The names and concept of the next steps are strongly inspired by those resources:

Let’s do a typical reconnaissance at the surface of the box: port scanning and directory busting.

Here are the principal scans I always run on the machine.

I prefer to run the vulnerability scan in parallel with another simple scan because it can take a while to run. Also, I use its result only as a backup solution if I can find anything useful in it.

Finally, notice that I log every scan results, so I can read them later and clear those terminals without a problem.

Done with my personal method, let’s now analyze what we have got.

There is nothing really interesting on the gobuster scan, consisting mostly of rabbit holes. The nmap vulnerability scan has not returned anything good for the exploitation. We will then use the simple nmap scan as a guide.

There is a classical SSH open port along with Telnet, but the most interesting ports are the two last. As you can see, they are running an HTTP server. The first one listed, port 80, runs Apache whereas the second one, port 3000, runs Node.js.

Port 80 is really just a simple blog. Using the directory found in the gobuster scan, we can seek the entire website. By taking an overall look at it, I have found no potential vulnerabilities there. 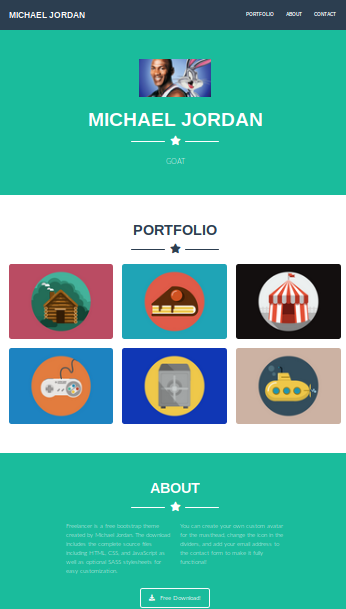 Let’s instead head up to port 3000. As soon as we arrive, we can find a very interesting message telling us the cmd argument is missing… Are we facing a command injection? Let’s take a closer look at this.

Let’s try to run a typical UNIX command, for instance, ls, as the cmd argument to see if we get the result expected.

We now need to spawn a shell inside.

Second, let’s use the well-known Reverse Shell Cheatsheet by pentestmonkey as our reverse shell client. I used the Python oneliner but some others may work too. Pass it into the cmd argument and there you go! http://<IP>/?cmd=<REVERSE_SHELL>

We are in, so we now need to pivot and both find all the flags and become king to get as many points as possible.

Here is a classical method to become king.

There are two flags in this box. The first one is a user flag, located in both /home/bunny/user.txt and in /home/jordan/user.txt (the flag is the same). The second one is the root flag and is located, as usual on THM boxes, in /root/root.txt.

To be sure no one comes in by the way we took, we need to patch the command injection, strongly limiting the count of possible vulnerabilities.

Before doing that, be sure you have installed a backdoor so you won’t be locked out if you lost your reverse shell. This can be done by multiple manners, but the easiest (but surely not the best) way is to add yourself a user in the machine so you can ssh to it without a problem.

To patch the vulnerability, let’s first find where is the server.

Running this command should give you an output looking like that.

Where <PROCESS ID> is the PID we are looking for. Now, we need to find what is running on this PID. Let’s use the ps command which stands for Process Status. To search for a PID we need to specify the -p flag followed by the PID (ps -p <PROCESS ID>). You should get an output looking like that:

We have now located the server. Let’s take a look at it:

This program is a Node.js Express server. If you are not familiar with Javascript and Node.js you might need to check it out.

Now let’s patch. We need to remove everything related to the command injection. It is important to let the server run correctly as, for the game to stay fair and fun, we need to use as few superman defences as possible (we should use them only if there is not any other solution possible). This is mentioned in TryHackMe KOTH rules.

You can add barely any feature to server.js as you want as long as you don’t use it to attack other players, which is strictly illegal, and unfair. Use that server to troll and tease other players if you want, or even to do a shoutout to yourself, as I did. Those are all legal things to do which makes the game a lot more fun.

Once you are done we need to update the server with the current version of the server. In order to do that, kill the previously found process id (using, for instance kill -9 <PROCESS ID>). Then, as soon as possible, put the server back up using the node command: node server.js. Your patching job is now done!

That’s what I achieved to find on that box. If you have any questions, feedback or other information I have not listed, feel free to contact me via Twitter or using any of the methods listed here.